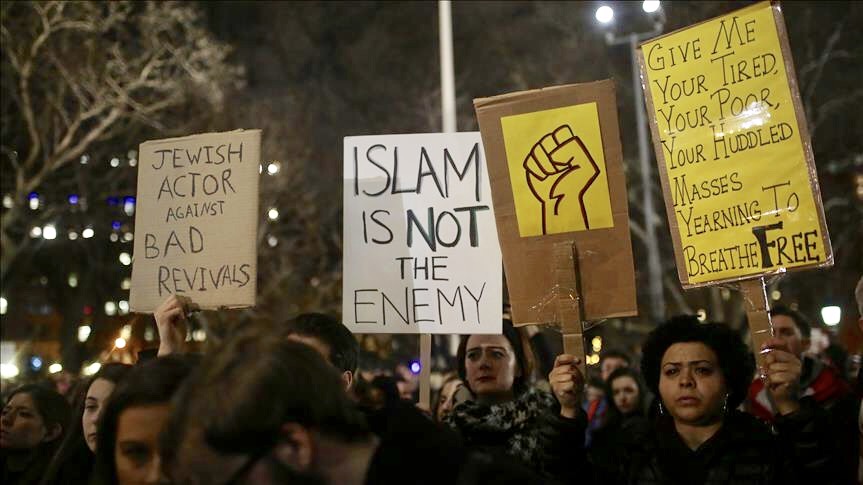 Academics from leading universities have called for addressing “white supremacy” to deal with the rise of Islamophobia in the West.

According to the Council on American-Islamic Relations (CAIR), there was a 44 percent increase in anti-Muslim hate crime last year.

According to Tell MAMA, a U.K.-based group that monitors Islamophobic incidents, there has been a sharp rise in anti-Muslim attacks following the May 2013 murder of British soldier Lee Rigby in southeast London by two radicalized attackers.

Academics like Ebrahim Moosa, a professor of Islamic studies at the University of Notre Dame, told Anadolu Agency that “white supremacy” is at the heart of the problem.

“The world has a white supremacy problem that has to be addressed. It is white ethnographic-nationalism, mixed with strains of extremist, white Christian nationalism in the U.S.A.,” Moosa said via email.

Salman Sayyid, professor of social theory and de-colonial thought at the U.K.’s University of Leeds, said via email: “The neo-cons are main peddlers of Islamophobia and it’s the means by which they shore up white supremacy through the world.

“Islamophobia aims to prevent Muslims from exercising their autonomy as Muslims, it can be political or ‘religious’.”

The academics highlighted the need to understand the core of the problem.

“I think white Europeans are observing that Europe is becoming more diverse. They have no idea of how to cope with this diversity,” Moosa said.

He added the West needs to be more accommodating towards Muslims for the sake of social cohesion.

“Minorities, especially Muslims despite internal problems are demonstrating forms of social cohesion and values that certain strains of European identity envy but cannot achieve,” he said.

Abdulkader Tayob, professor of Islamic studies at University of Cape Town, characterized Islamophobia in the West as an “irrational fear”.

“Islamophobia is by definition an irrational fear or irrational hatred of something,” Tayob said.

He attributed the rise of Islamophobia among Westerners to the fear of extremists, saying that they were using “that fear to think about all Muslims”.

“Because it is irrational, all Muslims are included in it. … Most people don’t understand the complexity of these conflicts. Seeing them as religions conflicts, they are fueling the flames of Islamophobia,” he said.

About the outcome of Islamophobic attacks, Sayyid said: “These attacks force Muslims to become more politically engaged, to be active in the struggle for civil rights and recognize that being Muslim requires them to be engaged in the world around them.”

Moosa expressed fears of “serious violent reprisals on the part of some segments of the Muslim communities in the West and America” following such Islamophobic attacks.

“It should be stopped at all costs…Muslims are here to stay and flourish in the West and it will be foolish to think they are going away,” he added.

The academics proposed “pluralistic” approaches to encourage diverse cultures and minorities in an attempt to rid Islamophobia from the West.

“We need more pluralistic models of coexistence. We need to emphasize the value of all human beings who are different from us,” Moosa said.

Sayyid said it is in the long-term interest of everyone that Muslims find political structures that support their demands. “This means not helping regimes which oppress Muslims,” including regimes led by Muslims.