Daesh has done ‘the most damage’ to Islam 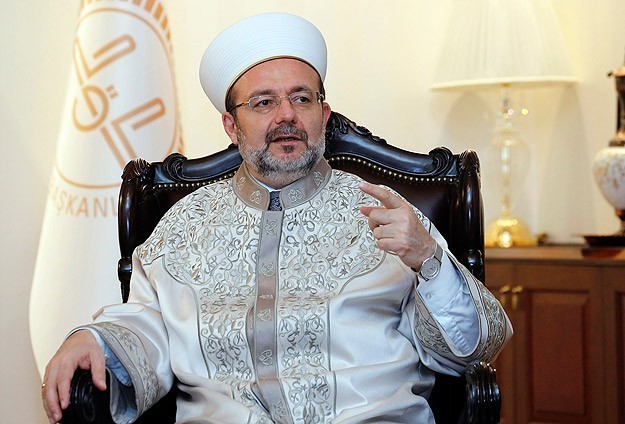 Turkey’s head of religious affairs has spoken to Anadolu Agency about a new report his directorate has issued on the Daesh militant group.

Mehmet Gormez, speaking on Saturday, said the new research was aimed at informing the public about Daesh’s tactics, slogans, operations and interpretation of Islam.

The report is highly critical of the organization, denouncing its actions, saying: “All the deeds of this anomalous armed group which is targeting non-Muslims and the rules of Islam is terrorism.”

Turkey’s Religious Affairs Directorate has described Daesh’s “twisted” portrayal of Islam and its holy book, the Quran, to further its violent agenda in the Middle East.

Gormez said: “We are the first religious institution to draw attention for the Daesh threat.”

Calling all Islamic scholars and institutions to stand against Daesh, Gormez added: “The Islamic world should focus on nothing but this group who uses Islam as a tool [but] ignores Islamic methodology and principles.”

“When did jihad – meaning an end to oppression and corruption – turn into a term for a vulgar culture? Islam never orders a jihad which approves of bloodshed,” Gormez said.

The report says that it is Daesh which has done the most damage to Islam.

“All the Islamic institutions agree that Daesh is a non-Muslim group. They have done so much damage that a Muslim living in Australia is denounced as a terrorist by his own neighbor,” Gormez said.