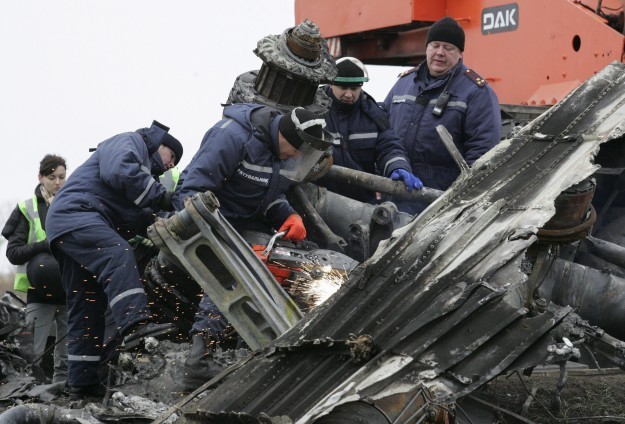 Remains of the passengers of the Malaysia Airlines Flight MH17 which crashed in July in east Ukraine were found late Wednesday by Dutch experts.

Dutch Ministry of Security and Justice said Thursday that more human remains were found during the last two days of the Dutch expert groups’ work at the crash site.

The discovered remains will be taken to the Netherlands to an air base near the Dutch town of Eindhoven on Saturday, March 28.

A ceremony will be held at the air base after which the remains will be brought to Korporaal van Oudheusden military barracks in Hilversum, the Netherlands.

Nationals of the Netherlands, Malaysia, Australia, Indonesia, the United Kingdom, Germany, Belgium, the Philippines, Canada and New Zealand were among the 298 passengers and crew on board.

The Boeing 777 was en route from Amsterdam to Kuala Lumpur when it crashed after being shot down in eastern Ukraine on July 17, killing all 298 people on board, two-thirds of them Dutch.

The wreckage of the plane was transferred under a deal between Ukrainian officials and the pro-Russian separatists through mediation by the Organization for Security and Cooperation in Europe in December 2014.