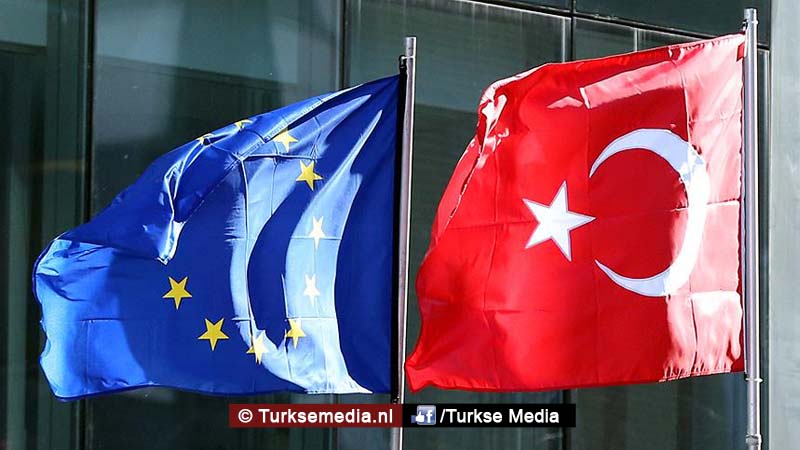 As Hungary understands the impact of last year’s failed coup in Turkey, it sees EU criticism of Turkey’s fight against terrorism as unfair and unfounded, according to its foreign minister.

“Hungary does not welcome the criticism the EU has directed towards Turkey,” Peter Szijjarto, Hungary’s foreign and trade minister, told Anadolu Agency in an exclusive interview during his visit for a Turkish-Hungarian Business Forum in Ankara on Friday.

Szijjarto underlined that Hungary stands with Turkey and that Budapest is ready to help Turkey in international affairs.

“At the European Parliament or the European Council, we always underline the role Turkey plays in protecting Europe. If Turkey had not stopped the wave of migration targeting Europe, we Hungarians would have had to do it,” he said.

“Turkey is not only protecting itself by stopping the wave of migration, but also Europe and the European Union,” he added.

Szijjarto also criticized the EU’s attitude towards Turkey’s fight against terrorism after the failed July 2016 coup.

“We were disappointed at the way the EU was ‘worried’ about the rights of those who tried to kill your president and those who attacked your democracy, your president, your prime minister, and your senior officials who came through a democratic election, ” he said. 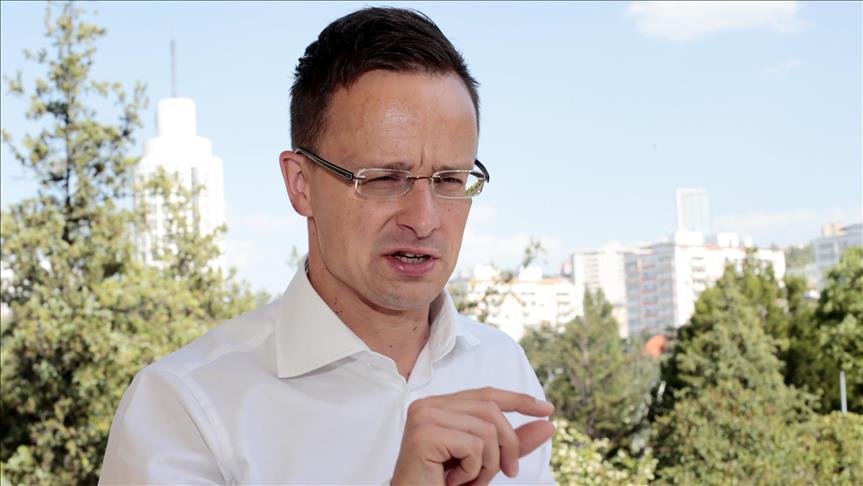 Szijjarto also said that his government supports visa-free travel between Turkey and the EU.

“We support the visa-free travel negotiations between Turkey and the EU, because we believe that Turkey deserves a fairer attitude,” he said.

“During the [March 2016] refugee deal between Turkey and the EU, the EU Commission introduced a content that suggested that the refugee agreement and the visa-free travel process will progress together. It is not the fault of Turkey, it is the fault of the EU Commission, it is not fair, and since the beginning of the negotiations, it should have been emphasized that these two issues are separate from each other,” he added.

Szijjarto said that there is a need for mutual respect in this process and that it should be taken more seriously.

According to a European Commission report, to get visa-free travel in the EU’s Schengen zone, Ankara needs to fulfill seven outstanding criteria from a total of 72, including “revising legislation and practices on terrorism in line with European standards”.

Ankara has ruled out any such revision, leading to a deadlock in negotiations.

The March 2016 deal between Turkey and the EU envisaged a “one-for-one” formula under which failed asylum-seekers in Europe would be returned to Turkey, while Syrian refugees would be resettled in EU states under a quota system.

Szijjarto said that during their Ankara meeting on Friday, Hungarian Prime Minister Orban and his delegation addressed cooperation in the area of education.

He said that the two countries agreed on the establishment of a joint university and a bilingual high school. “We understood that the most important pillar of our strategic partnership is communication and cooperation between young people,” he said.

Szijjarto also said that the possible bilateral steps in the field of nuclear energy were also discussed. He said that Hungary has used nuclear energy since the 1970s, and so it can share its capacity with Turkey in the training of experts and engineers.