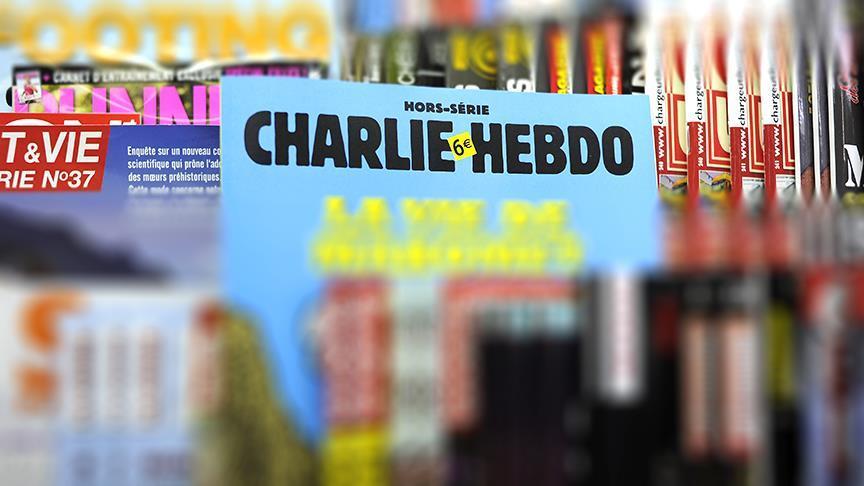 French satirical magazine Charlie Hebdo is again at the center of controversy with a new front cover blaming terrorist attacks in Europe on Islam.

A cover illustration depicts two blood-soaked pedestrians after being hit by a speeding van, with the caption: “Islam is the religion of peace eternal.”

It has became one of the top trending topics on Twitter in France, with users describing it as “Islamophobic”, “racist” and “disgusting”.

Internet users also accused it of stirring up hatred against Muslims by linking Islam to terrorism.

“To say that Islam is a religion of peace by implying that it is in fact a religion of death is extremely dangerous,” Le Foll told French broadcaster BFMTV.

“When you’re a journalist, you need to exercise restraint because making these associations can be used by others,” he added.

The cover comes shortly after terrorist attacks on Las Ramblas in central Barcelona and another vehicle incident in the Catalan town of Cambrils killed 15 people and injured 100 more.

France, and Europe generally, has suffered a string of terrorist attacks featuring vehicles being used as a weapon to kill civilians indiscriminately.

Both Muslims and non-Muslims have fallen victim to attacks in London, Berlin, Nice and elsewhere.

Charlie Hebdo itself was a target of a terrorist attack in January 2015 when two gunmen stormed its Paris offices, killing 12 people.