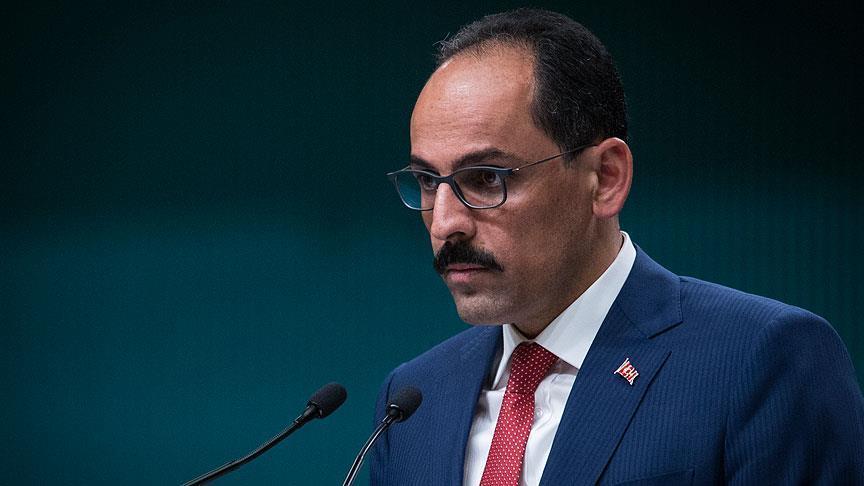 “We are proud of our history. All religions, even before the Ottoman era, carried out their worship in complete freedom” in the Holy Lands, presidential spokesman Ibrahim Kalin told news channel Haberturk.

“Those who try to attack our history should read about it first,” he added.

On Tuesday, Erdogan criticized new Israeli security measures at Al-Aqsa Mosque, which is sacred to Muslims and is the Islamic world’s third-holiest site.

Erdogan had urged Muslims to play their role in protecting the mosque in Jerusalem.

“The days of the Ottoman Empire are over,” Nahshon said. “The capital of the Jewish people was, is, and always will be Jerusalem. As opposed to the past, this is a city where the government is committed to its security, liberty, freedom of worship, and respect the rights of all minorities.”

But Kalin responded that the issues surrounding Al-Aqsa will “cause tension” between not only Turkey and Israel, but all the surrounding countries.

“[Israel] expecting us to act as though nothing is going on there is unrealistic”.

Anger has spilled across the West Bank since last week when Israel imposed new security measures at Al-Aqsa Mosque following a deadly shootout.

Palestinians only returned to the mosque today, when new metal detectors, one key point of contention, were removed.

“There are a few issues about the deal, but the outline of it is completed… We are establishing this system for repelling and obstructing an attack on us”, he said.

Russian presidential aide Vladimir Kozhin said in late June that Moscow and Ankara had agreed on the delivery of S-400 mobile systems but that the Kremlin had not approved a loan for the deal.

The S-400 system was introduced in 2007 and can carry three types of missiles capable of destroying ground and air targets, including ballistic and cruise missiles.

It can track and engage up to 300 targets simultaneously and has an altitude ceiling of 27 kilometers (17 miles).