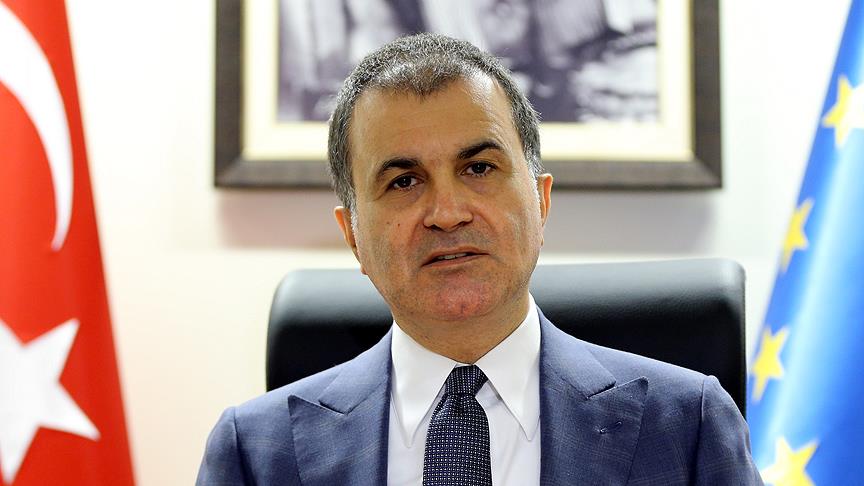 In a series of tweets from his official Twitter account, Celik denounced those who called for excluding Turkey from Europe.

“Some simple-minded voices from Europe talk about excluding Turkey from Europe.

“Those who voice such simple-minded approaches do not know Turkey. Neither they understand what Europe is about.

“They talk about this for days. They produce so called arguments and analysis. They build theories like paper towers.”

He spoke about the division in Europe about how it defines itself and how it is at a loss when asked about what they mean about Europe without Turkey.

“If they are simply asked what Europe is &where it is, they wouldn’t be able to produce a definition they’d agree on & that would be credible,” he tweeted.

“Should you go one step further & ask ‘what Europe is about without Turkey’, they would not be able to give a meaningful answer.

“If you show just a map to those who produce such assertive but also simple-minded arguments, the debate will come to an end immediately.

“Also if you look at the map of recent global developments that create tensions and changes you will see a different picture.”

“For Europe’s future, Turkey, as a European power in addition to its many other characteristics, is in the center & plays a key central role.”