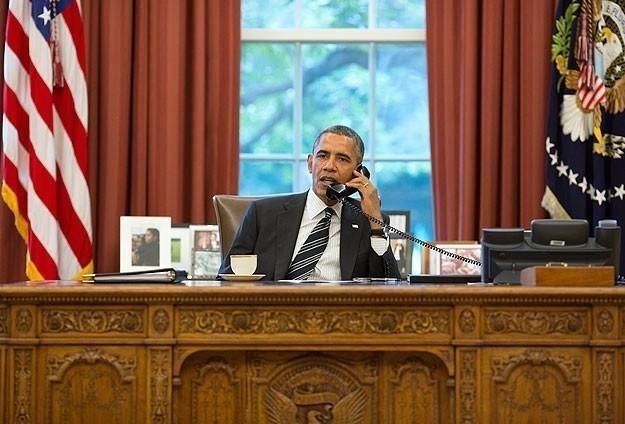 Obama spoke with Erdogan about ‘deepening our ongoing cooperation’, says the White House

President Barack Obama condemned a series of attacks in eastern Turkey during a phone call with Turkish President Recep Tayyip Erdogan on Wednesday, according to the White House.

An apparent suicide bombing in Suruc killed 32 people who were seeking to rebuild the war-torn Syrian city of Kobani. The July 20 attack has been blamed on Daesh.

And on Wednesday two police officers were found shot dead in their home in Ceylanpinar in an attack claimed by the outlawed Kurdistan Workers Party, or PKK, in retaliation for the Suruc bombing.

During their conversation, Obama spoke with Erdogan about “deepening our ongoing cooperation in the fight against ISIL and common efforts to bring security and stability to Iraq and a political settlement to the conflict in Syria,” the White House said.

Obama and Erdogan also discussed stemming the flow of foreign fighters and securing Turkey’s border with Syria during their call, and Obama “reaffirmed the commitment of the United States to Turkey’s national security” as the leaders vowed to continue their close cooperation.