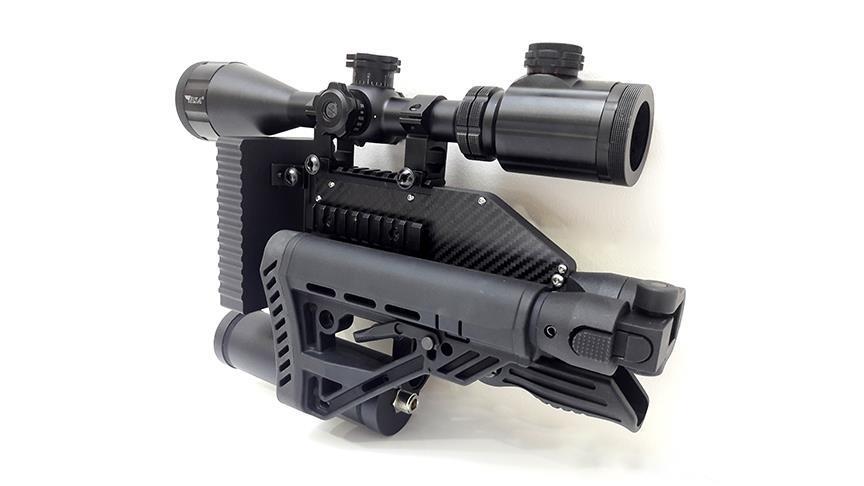 “We have done demo studies in related countries and we received successful feedback,” he said.

Guclu also said a defense fair to be held in Bahrain in October would allow them to meet potential customers.

The first exports of the weapon were made to Azerbaijan after the country’s army tested it. This anti-drone weapon is currently in use by the Turkish military and police.

The new model’s main body is made from a carbon-fiber composite which is a durable and lightweight material.

A 22-millimeter picatinny bracket system, which is a world standard, is on all sides of the weapon so it can be customized.

The picatinny bracket allows the user to add accessories. Thanks to this system, a scope or red-dot sight can be easily added to a rifle.

A foldable rifle butt and handgrip were added for easy carrying. In addition the anti-drone weapon’s battery life has been boosted to 90 minutes.