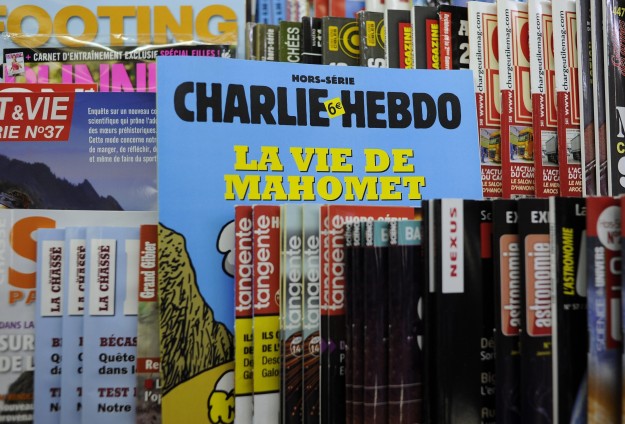 The magazine with a history of publishing unflattering depictions of the Prophet Muhammad, made headlines in January when a deadly attack targeted its Paris headquarters, killing 12 people including its editor and prominent cartoonists.

The attack sparked a global outcry, with millions across the world embracing the magazine as a symbol of the freedom of the press behind the rallying cry of “Je suis Charlie,” or “I am Charlie.”

In an email to PEN’s leadership, novelist Rachel Kushner said she was withdrawing as literary host in protest of the magazine’s “cultural intolerance” and promotion of “a kind of forced secular view,” the New York Times said.

“A hideous crime was committed, but was it a freedom-of-speech issue for PEN America to be self-righteous about?” Australian novelist Peter Carey told the newspaper.

“All this is complicated by PEN’s seeming blindness to the cultural arrogance of the French nation, which does not recognize its moral obligation to a large and disempowered segment of their population,” he added.

The other writers who pulled out echoed similar opinions, the daily said.

The withdrawals reflect a debate that erupted immediately after the Paris attack: whether the magazine’s controversial material, including its derogatory cartoons about the Prophet Muhammad in 2006 and 2012, falls within the category of free speech.