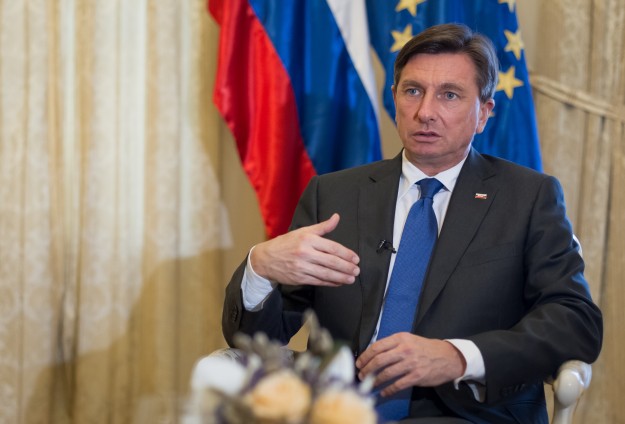 Pahor told The Anadolu Agency in an interview that the two countries have enjoyed positive relations since they established diplomatic relation 23 years ago.

“We have signed a strategic partnership, which for Slovenia is not a very extensive practice. We have good economic cooperation.”

He continued: “Both countries are convinced that they can be even better. President Erdogan comes with a strong business delegation to Slovenia and opportunities for joint cooperation in third markets are great.

“To have friendly relations with Turkey is extremely important. We have different perspectives on some issues, but these are not obstacles to the desire to strengthen relations between the two states.”

“Four ministers will accompany President Erdogan on his visit and I believe that planned new corporations agreements will strengthen our economies even more.”

“We are pleased that, after decades of delay, the first chapter (towards EU membership) has finally been opened.”

To gain membership to the bloc, Turkey must successfully conclude negotiations with the EU in 35 policy “chapters,” which include reforms and the adoption of European standards.

A total of 14 chapters have been opened to date while 17 remain blocked and another four have yet to be discussed.

Pahor said that he believed there was no alternative for west Balkan countries to EU accession.

“It’s not my job to decide, but to me, these countries have no other alternative than EU membership,” he said.

Pointing out the importance of peace and security in the Western Balkans for all of Europe, Pahor said Slovenia would continue to support the EU accession process of all Western Balkan countries, especially Bosnia and Herzegovina.

Turkey applied for EU membership in 1987 after signing a partnership agreement with the European Economic Community in 1963 and accession talks began in 2005.