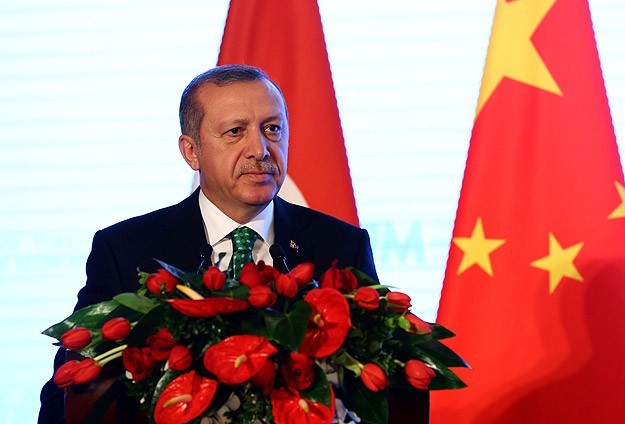 Turkish President Recep Tayyip Erdogan has said Daesh terrorist organization and the likes of it are not part of the Islamic religion.

In an interview to China Central Television (CCTV) on Thursday, he said: “Islam rejects extremism and recommends the middle path.”

Erdogan said the world Islam comes from “silm”, which means peace, and Islam considers the killing of a person as killing the whole humanity, a reference to a verse in the Quran.

Referring to Daesh, he said: “What they do is terrorism and this is not related to Islam.”

Speaking on Turkey-China relations, Erdogan said his government wishes to maintain ties based on the principle of win-win.

The Turkish president said Ankara wants to join the Shanghai Cooperation Organization, transitioning from a dialogue partner to a full member.

Erdogan said he had discussed many times Turkey’s role within the organization with the Russian President Vladimir Putin as well as with Chinese President Xi Jinping and Prime Minister Li Keqiang.

Erdogan said a new era would begin for the organization with the full membership of Pakistan and India.

He said Turkey’s membership would help enhance the organization’s influence, allowing it to start a new cooperation with 1.5 billion Muslims around the world.

China, Kazakhstan, Kyrgyzstan, Russia, Tajikistan and Uzbekistan are full members of the Shanghai Cooperation Organization, a political, economic and military organization established in 2001. India and Pakistan were accepted as the newest members this year in July, and their full membership is expected to start in 2016.

President Erdogan completed his talks in China and went to Indonesia on Thursday.