Turkey focuses on win-win in Africa 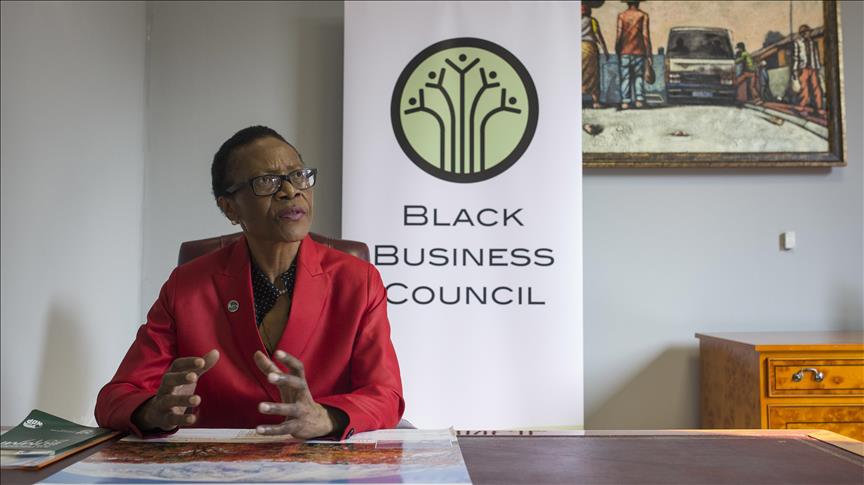 Turkey’s attitude towards African countries is different from other countries’, as it focuses on a win-win policy, said the head of a leading South African business association.

“Unlike the traditional profit-driven policy of the other countries, Erdogan points to the win-win alternatives.”

Baloyi said that her organization had met “with Turkish investors from various sectors… There are many fields to invest in South Africa, such as mining, infrastructure, telecommunications, agriculture, tourism, advertising, media and textiles.”

She added that her group signed a goodwill treaty with Turkey’s Foreign Economic Relations Board (DIEK) in order to strengthen economic ties between Turkey and South Africa.

“Contrary to what is said in the media, there is no such thing as security problems,” she said.

“There are some difficulties which don’t constitute an impediment to investments,” she added, charging that the news created in the media is biased and prejudiced.

Baloyi said she believes that poverty in Africa will be overcome by financing Africa’s own resources and cooperation.

On South Africa’s overthrown discriminatory apartheid policy that ended in 1994, she said: “Black people were forced to leave the business world, live in villages or small towns, yet [now] they have the right to do business.

“The period of apartheid was terrible, the blacks were poor while the whites were wealthy.

“As for education, it was a humiliating system for blacks, while for whites it was a privilege.

“The community in South Africa was sub-classified into whites, Indians, crossbreeds, or Africans; a dog was no different than an African women.”

Baloyi argued that neglecting the black community’s education did huge damage to the region but that today most of South Africa’s young people, who form 60 percent of the population, get an education.

She said the racism issue in recent years has grown as a result of the financial problems for some people who gorge on the economy and cut other people off from business opportunities.

“I was proud when I saw people carrying Turkish flags, and we should build a patriotic perspective in our region just like there,” she said, mentioning her visit to Turkey after the failed coup of July 15, 2016.

The defeated coup, which the Turkish government believes was organized by the Fetullah Terrorist Organization (FETO), martyred 250 people and injured nearly 2,200 others.

With such patriotism as after the coup bid, “this is the way we could improve our economy and standards,” she concluded.