‘Muslims are recognized and known to be a part of Germany’ 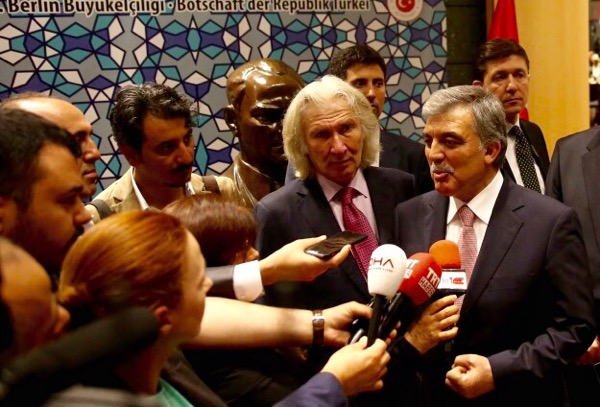 The Turkish community in Germany should show solidarity with not only its motherland, but also Germany, keeping in mind their future 100 years from now, Turkey’s former president Abdullah Gul has said.

In remarks made at an iftar organized by the Turkish embassy in Berlin on Saturday, Gul said: “Out of six million of our citizens living abroad, three million live in Germany and about half of them have German citizenship as well”.

He said that bilateral relations between Turkey and Germany had a special and important place because of the large Turkish community presence in Germany.

“The Turkish community here needs to be in solidarity,” he said. “You will improve your reputation and strength if you work together for [the benefit of Turkey and Germany,” he added.

He also said that the Turkish community in Germany must think about its future 100 years from now.

The former president also said hat he was pleased with how the Turkish youth perceived their future in Germany and how they were successful at universities.

“I am delighted to see that Turks have a vision and an opinion here,” Gul said.

He added that it was important for the Turkish community to not forget their language, identity and religious beliefs.