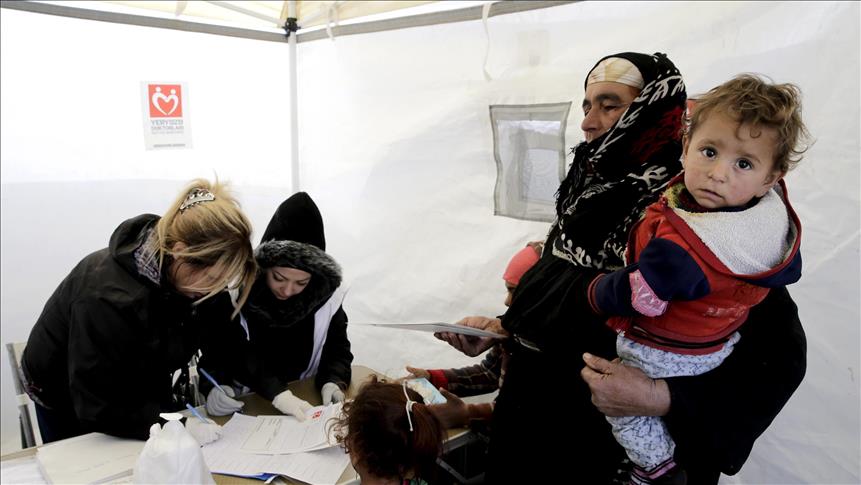 A total of 2.9 million refugees have been hosted by Turkey, UNHCR says

Turkey tops the list of refugee hosting countries in the world, the UN High Commissioner for Refugees (UNHCR) said on Tuesday.

Of the 65 million refugees in the world Turkey hosts 2.9 million, mostly from Syria and Iraq, statistics for 2016 state.

The UNHCR puts the numbers of refugees from Iraq in Turkey at 30,400.

Over the past two decades, the global population of forcibly displaced people has doubled — from 33.9 million in 1997 to 65.6 million in 2016, the UNHCR’s new Global Trends report on displacement said.

Twenty people are displaced every minute of the day, the report added.

Turkey hosts 54 percent of the Syrian refugees. There are approximately 2,969,000 documented Syrians in Turkey, of which 1,376,000 are women and 1,351,000 are children, according to Turkish Interior Ministry. When the undocumented migrants are added to this figure, it is estimated that the number exceeds 3 million.

The refugees mostly live in eastern and southeastern Turkey. Kilis, Gaziantep, Hatay, Urfa, Mardin and Adana are the provinces sheltering the largest number of Syrian refugees, while Turkey’s metropolitan cities like Izmir and Istanbul also host them.

Only eight percent of these refugees live in the designated 26 camps across Turkey. The rest have moved to cities where they eke out a living doing odd jobs.

The UNCHR has spent seven percent of its $6.1 billion budget to safeguard the rights and well-being of refugees in Turkey.