Turkey ‘wants to open embassies in all African states’ 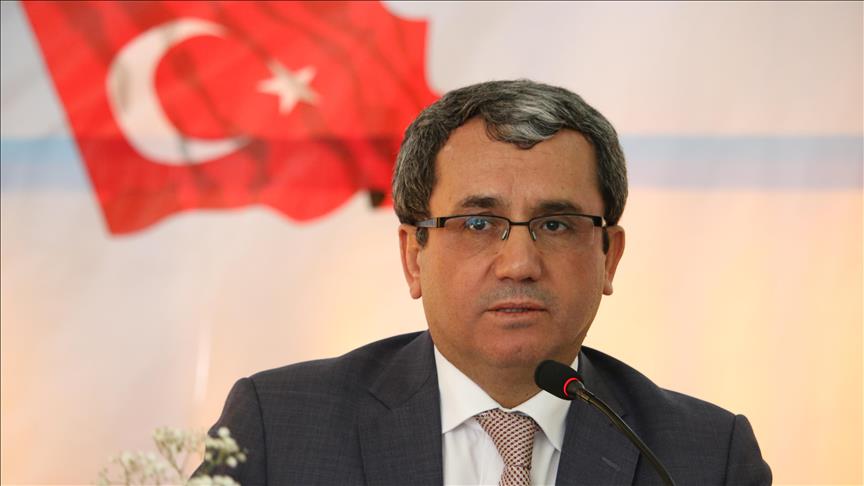 Deputy Foreign Minister Ahmet Yildiz, speaking in the Ethiopian capital Addis Ababa, said: “We do not want to develop relations with only certain countries, but all of them.

“Turkey does not discriminate between countries. We see potential in every place we visit.”

The number of Turkish missions in Africa has jumped sharply in less than a decade. In 2009 there were only 12 Turkish embassies in African states; now there are 39, according to Foreign Ministry figures. Yildiz was leading a delegation from the Organization of Islamic Cooperation, to find out about the impact of drought and famine in the East Africa region.

Ethiopia has been hit by severe drought over the decades, affecting around 7.8 million people. Last week it appealed for international emergency food aid, saying supplies would run out in July. Yildiz told Anadolu Agency they could examine problems such as drought, famine and natural disasters in-depth during the visit.

Yildiz also spoke about Turkish relations with the African continent. “Turkey aims for a win-win policy throughout the continent, not for short-term economic interest…but for long-term solidarity in international relations,” he said.

During a meeting with Ethiopian Foreign Minister Workneh Gebeyehu, Yildiz discussed the transfer of Fetullah Terrorist Organization-linked (FETO) institutions to Turkey’s Maarif Foundation. The Maarif Foundation was established after the July 15, 2016 coup attempt in Turkey to take over the administration of overseas FETO-linked schools.

The Turkish minister will visit South Sudan, Kenya and Somalia next.