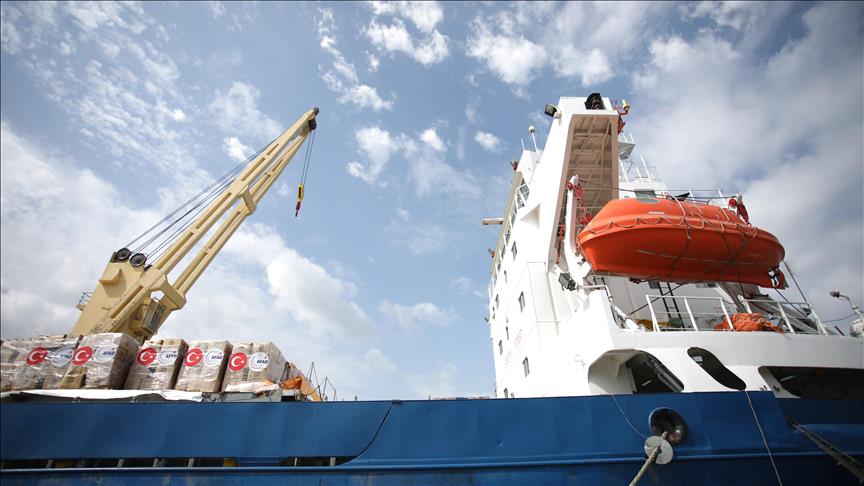 A Turkish aid ship carrying 10,000 tons of supplies to the blockaded Gaza Strip arrived at Israel’s Ashdod port on Wednesday.

The vessel also carries 50,000 items of clothes, 18,100 toys, 32,000 sets of stationery and over 1,000 bicycles as Eid al-Fitr presents for Palestinian children in the coastal enclave.

The aid ship was dispatched by the state-run Disaster and Emergency Management Authority (AFAD) and made an approximately 40-hour journey before docking at the Ashdod port, north of Gaza.

Turkish ambassador to Israel Kemal Okem and AFAD official Cengiz Akin and other diplomats were present at the port to welcome the ship.

“In line with instructions of President Recep Tayyip Erdogan last year, we made our Gazan brothers and sisters happy [with the aid ship] before the Eid al-Fitr,” Akin told Anadolu Agency.

“We are here again in Ashdod port, and we will begin to distribute these supplies tomorrow morning,” he said.

According to Akin, the ship aid supplies were coordinated through the Ministry of Foreign Affairs and AFAD.