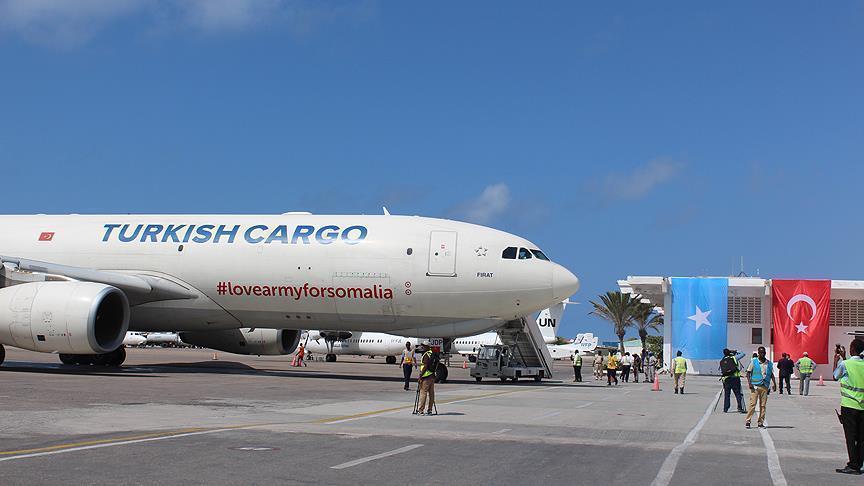 The supplementary food aid is for Somali children living in the drought-stricken nation as half its population faces a humanitarian crisis, according to the UN.

“We reached another 60 tons of food aid to Somalia! #TurkishAirlinesHelpSomalia #LoveArmyForSomalia” Turkish Airlines said on Twitter, referring to a campaign launched by social media celebrities and Hollywood actor Ben Stiller urging the airline to transport donations to the country.

Abdikarin Asair, director of the American Refugee Committee in Somalia, told reporters they will distribute the aid to 12 locations in Somalia over the next few days. ”

The airlines’ role was to deliver the food to Somalia, but the aid comes from a humanitarian group called LoveArmyForSomalia. We thank the Turkish government and its people for their lifesaving efforts in Somalia,” Asair said. In April this year, a Turkish Airlines cargo plane carrying over 60 tons of food aid and medical supplies arrived in Mogadishu for the campaign.

Since 2011, Turkish Airlines has been the only international air carrier serving Somalia.