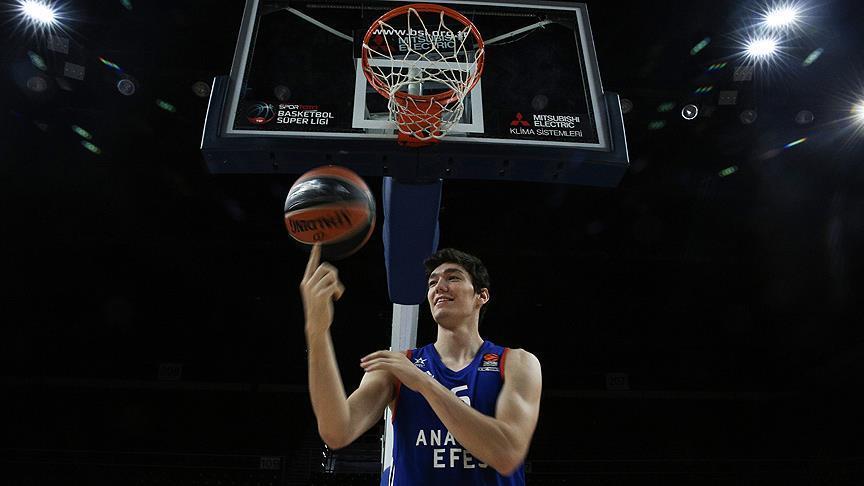 Turkish basketball forward Cedi Osman announced on Wednesday that he is leaving Anadolu Efes to join the roster of NBA heavyweights the Cleveland Cavaliers.

Speaking to Turkish sports channel NTVSpor, Macedonian-born Osman, 22, said that he was thrilled to be able to play alongside some of the NBA’s hottest stars.

Saying that the Eastern Conference team has been following him for three years, Osman said: “The first NBA team that I talked with was the Cleveland Cavaliers. They believe so much that I’ll contribute to the team. They told me that they have high hopes for me. This will be a big responsibility for me. Their faith makes me happy.”

Thanking Anadolu Efes, his home since 2012, Osman added: “I am thrilled to play on the same team as LeBron James, Kyrie Irving, and Kevin Love. They are expecting me to especially help in defense, as the team [already] has players doing a lot in offense.”

The Cavs lost the 2017 NBA finals against the Golden State Warriors 4-1 in the series.

After beating the Warriors 4-3 in the finals, they claimed the NBA title for the first and so far only time in 2016.