Turks walking away from German parties ahead of vote 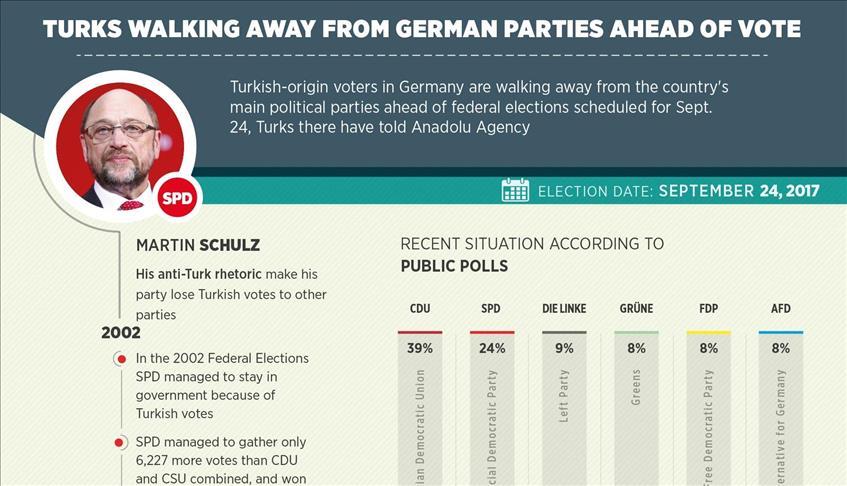 Turkish-origin voters in Germany are walking away from the country’s main political parties ahead of federal elections scheduled for Sept. 24, Turks there have told Anadolu Agency.

Turks who had strongly backed Germany’s Social Democratic Party (SPD) for many years are losing trust in the party’s leader, after his remarks against Turkey.

“The SPD, so far, was a party advocating the rights of foreigners and disadvantaged groups in society, and for that reason they were getting votes.

“As the language of the SPD continues to be used like this, Turks are moving away from the party. The SPD’s policies and its actions are opposed to each other… [It] is worrying for Muslims and Turks,” Bilgin said.

A 2016 report published by the Expert Council of German Foundations on Integration and Migration revealed that almost 70 percent of Turks supported the SPD while the Greens had around 13.4 percent.

Some Turkish politicians backing the constitutional changes were banned from campaigning in Germany, and a diplomatic crisis grew.

SPD leader Schulz also called on Turks to vote “no” in Turkey’s referendum.

‘Everyone should govern their own state’

Fahrettin Kilicarslan, a Turkish-origin German voter living in Cologne, told Anadolu Agency: “The SPD and Greens are especially making a lot of these mistakes.

“That’s why we will not vote for these parties in the upcoming elections. I do not think that the SPD will get votes like in the past because of its policy on Turkey.”

Koray Aslan in Leverkusen, said: “Political parties in this country are ignoring the Turks living [here] and adopting a wrong policy on Turkey.”

Aslan said that many Turks would not vote for the SPD, CDU or Greens, adding: “I hope they understand their mistakes after the election results.”

“I have been voting since I was a German citizen. So far I voted for the left parties,” said Hacer Ozkan in Hamburg. “But after that, my attitude changed [because] they have a negative attitude towards Turkey and constantly provoke Turkey.

“I am uncomfortable with this. So I will not vote for them anymore,” she added.

Another voter, Gulay Nayci, who had backed the SPD and Greens in previous elections, said: “They do not represent the Turkish electorate anymore”.

“I believe that everyone should govern their own state,” she added.

There are an estimated three million people of Turkish origin living in Germany. Around one million can vote.

“I ask all my citizens not to support [major parties] including the Christian Democrats, the SPD or the Greens. They all are enemies of Turkey,” Erdogan said.

His statement followed days of tension between Ankara and Berlin, particularly over comments by the German Chancellor appearing to rule out a renewal of a customs union deal between Turkey and the European Union. 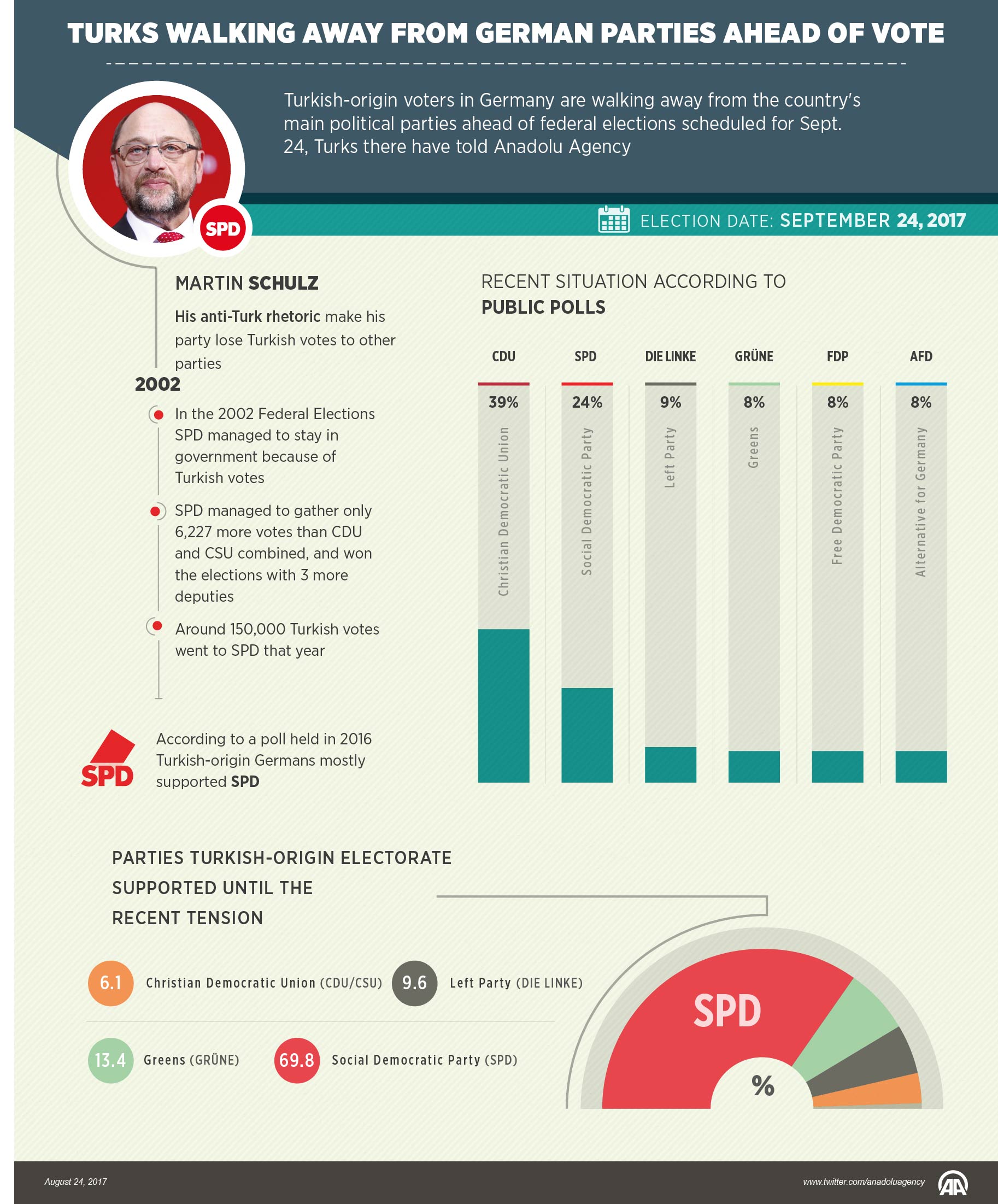