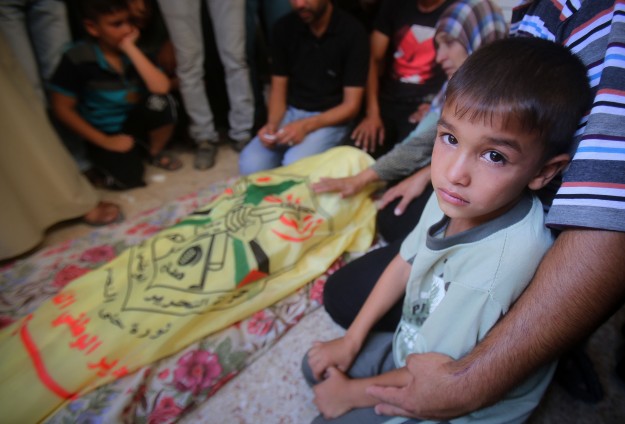 More than 100,000 people remain displaced because some 12,500 destroyed homes cannot be rebuilt

Israel’s 51-day operation in Gaza last year was the most “deadly and destructive escalation” of hostilities since its occupation of the Strip in 1967, said the spokesman of the UN Office for the Coordination of Humanitarian Affairs (OCHA) Jens Laerke on Tuesday.

In July and August of last year, more than 2,150 Palestinians were killed and 11,000 injured — mostly women and children — during a 51-day Israeli military onslaught against the blockaded Gaza Strip, according to the UN.

Laerke told the reporters in the UN Geneva office that civilians could not leave Gaza during Israeli attacks because borders were closed during the operation and they did not have safe places to hide.

He underlined that 28 percent of Gaza’s population had been displaced during those clashes – the biggest displacement so far.

“More than 100,000 people remain displaced because some 12,500 destroyed homes cannot be rebuilt because Israel restricts the importing of building materials and the Palestinian authority cannot do its duty,” Laerke said.

“120,000 people cannot reach water,” he added. “And 80 percent of the population relies on humanitarian aid.”

Regarding the Israel-Palestine conflict, major powers, including the U.S., and international organizations such as the UN, call for a two-state solution, typically based on the borders before the 1967 Six-Day War.

But negotiations have remained at standstill for years.